I'm a free-spirited photographer, yoga teacher, gold medal aunt, and grand adventurer who loves nothing more than warm evenings on the porch with her husband, dogs, cats and a good bourbon.

We are not here merely to make a living. We are here to enrich the world 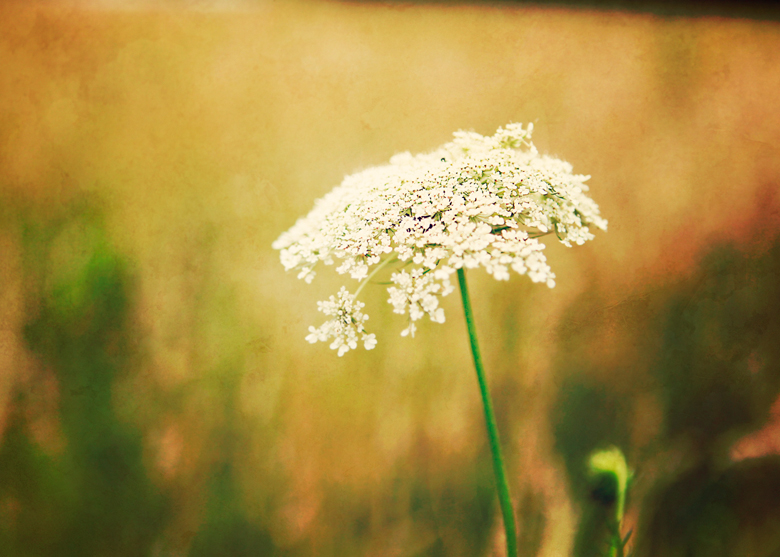 I was up bright and early this morning.  I had Freckles fed, pets out and flowers and veggies watered before 8am.  Little coolness to the morning.  Great mood.  Go online.  Email from airline.

Wouldn't it be nice to book your vacation, get all your confirmations and be done with it?  The seat you were promised was in fact your seat.  If they changed a flight they still confirmed your seat?  But no.  Flying commercially sucks.  It just does.  I can take the lines and drama over our safety but the whole "keep you on the phone forever" and "oh I am so sorry, they confirmed your seat but not your husband's, just a mistake..."  The incompetence gets old.  There are so many beautiful things in this world I would love to see but getting to them just isn't worth it.

Even our Montana yearly flight has turned into a maze of confusion and unending mileage.

Ha, can you tell the airline email ruined my great little morning mood!

Plus Toonces for the umpteenth time did not tell me where our passports are.  It is like he is afraid I will run away if I know their secret spot.  Our online check in deadline is NOW and I have no idea where they are to finish us up today.

I guess that is a good way to keep a girl grounded.  Hide her passport!  :)

So I am going to move all my energy into wrapping the baby's presents.  Finishing my laundry packing pile.  (I've had my clothes ready for a week!)   Go work at My Friend's Closet a little while.  (We are closed this month and re-open in August)  and work out.  Iron out some last minute details for our weekend of music, family, food, babies...food...and fireworks!!!   Sounds like  a great day.  Cook dinner for t-man too.  Sirloin steak and blue cheese salads tonight.

Fresh veggies in the garden.

More baby birds in a nest at the pond.

Life is good.  Life is so sweet right now with our 5 3/4 Labs and 9,10,11 and 17 year old cats...plus old Freck, we had a photographer come out last night and shoot our little clan.   I have loved our previews so far.

I want a memo for this wonderful time in my life.   Stuck between being young and being old.  And loving it  :) 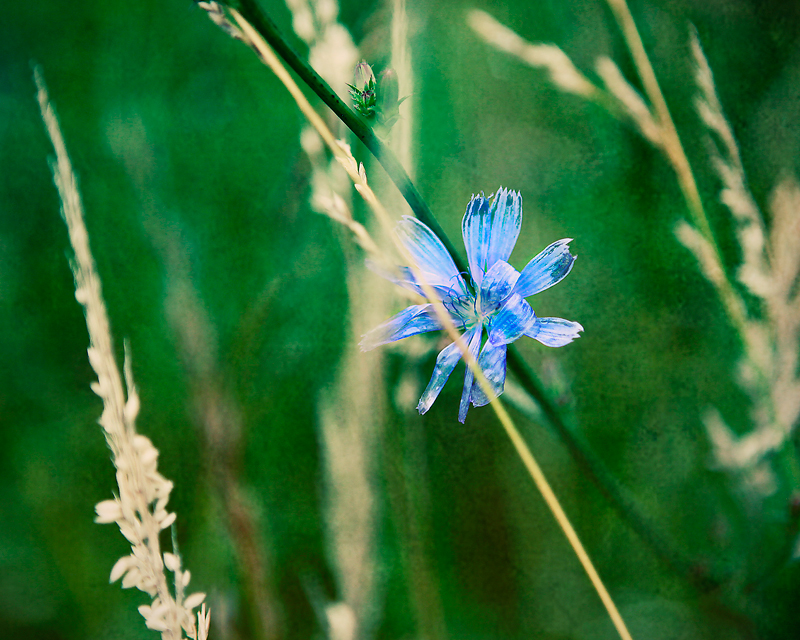 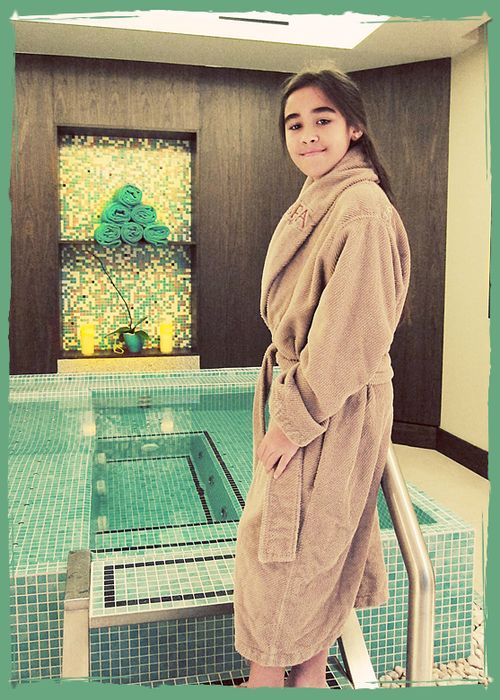 Spa time with Bbelle at Primland.

We had an awesome day.

My feet are still silky soft!

Little things seem nothing, but they give peace, like those meadow flowers which individually seem odorless but all together perfume the air. 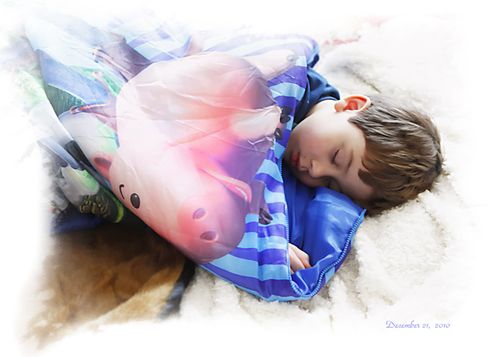 Born to be wild - live to outgrow it.
Lao-Tzu 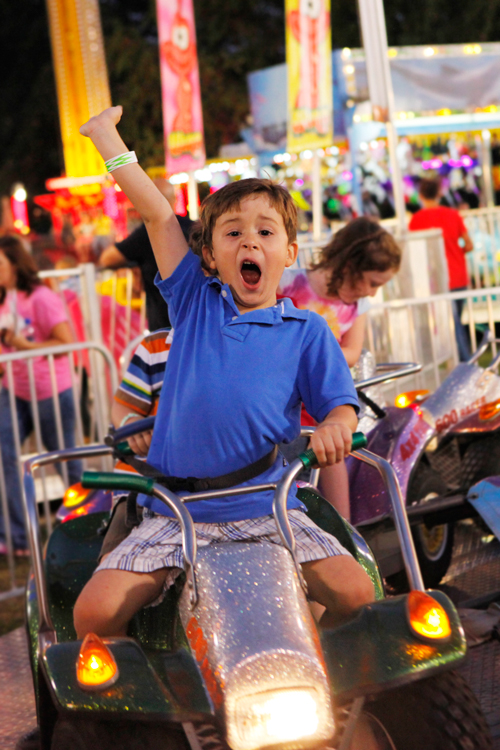 I want to post some photos of my night with my sister and her family, my dad...even my little cousins.

And just in case you might wonder "Where's Toonces?"  In order to have gotten a photo of Toonces at the Fair he would either have hamburger or fries hanging out of his mouth- since he had to eat as soon as we walked though the door- and what kid wants to do that.  Or maybe a picture of Toonces running to his truck when the rain broke long enough for him to escape his hiding shelter and make a break for it.

Or perhaps a shot of him watching TV with the dogs while the rest of us were at the fair having fun.

And he didn't go back the next night.  So his five minutes of fair time weren't really a great photo op.  BUT, but he did enjoy going to see the kid's photo entries.  That much he did do with us. 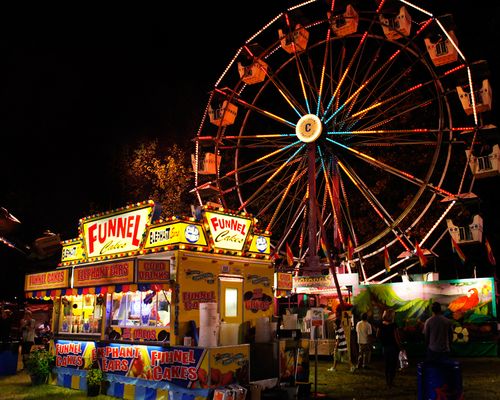 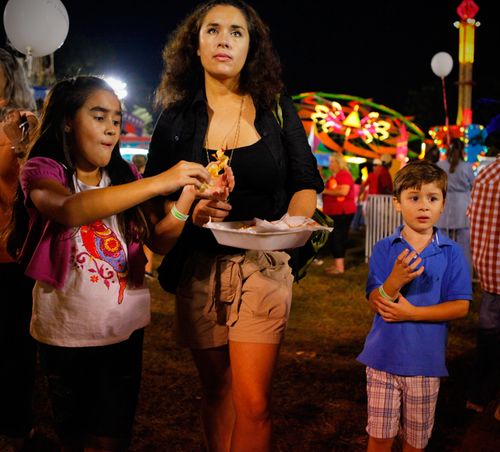 That is my sister with Isabelle and Seth.  Seth not too happy about something.

I don't get as many pics of Caleb anymore because he is off with his buddies.  But since he might hit me, really, for putting a pic of him hugging his monkey on Facebook I'll do it on the blog instead- he is taller than me now too. 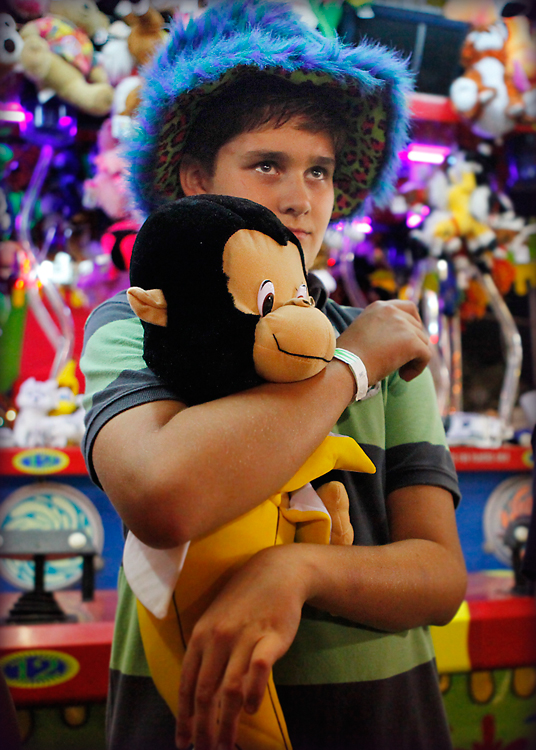 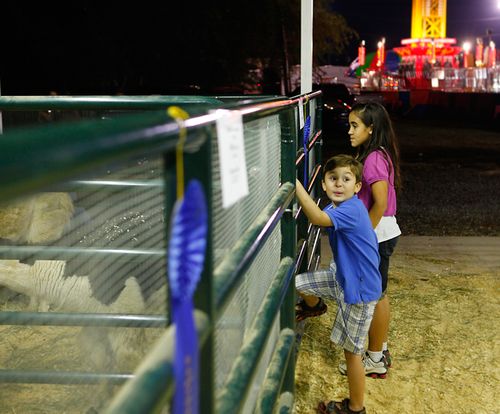 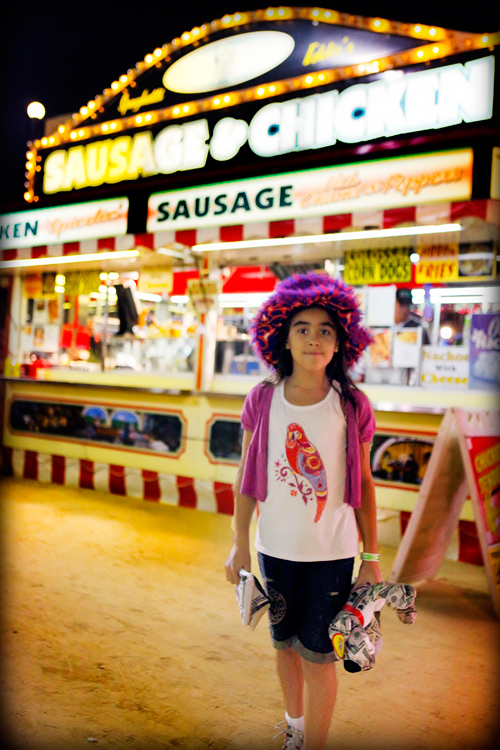 I always like to get a shot of Izzy with her loot.  This is only a mere portion and her dad is holding all her goodies for her.  I really like this shot.  I have one of her back for several years alone with her stuffed animals. 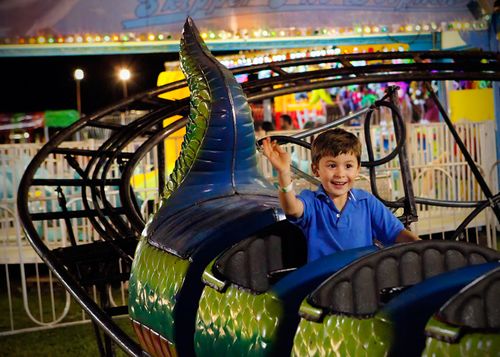 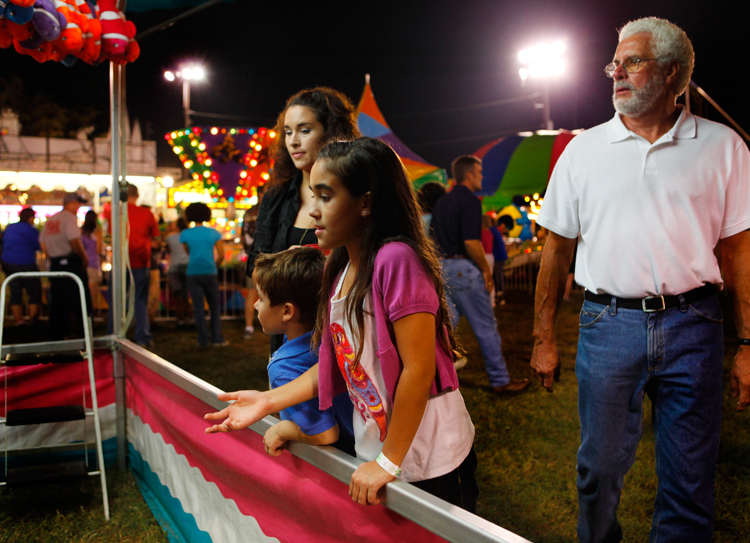 That's my dad watching the kids.  My mom's back hurt too much for her to make it. 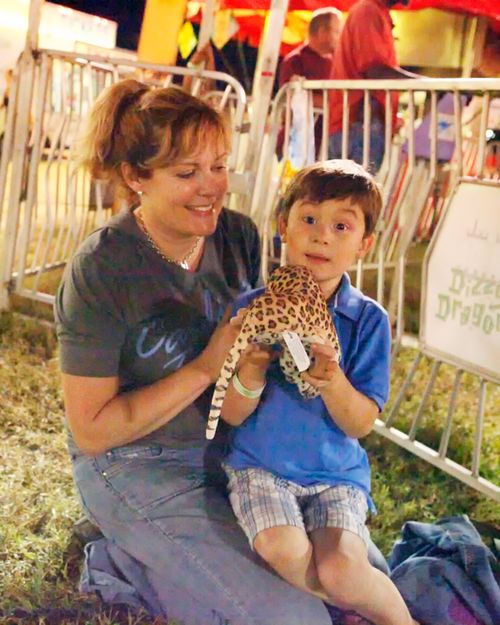 Me and Seth.  I told him we looked like we were in an animal pen.

I got the ISO messed here too because I forgot to take my glasses in.  Darn these aging eyes!

I spent a really long time tonight, almost missing the start of Glee - that I love- looking for a tiny tot shot of Jackson with his cotton candy because I could've sworn my brother had one for every year and I wanted to put his now and then shot.  Because he has grown up suddenly.  BOOM.  But I couldn't find any of them.

I'm closing with a black and white of my little cousins Autumn and Madi...both little Heaths. 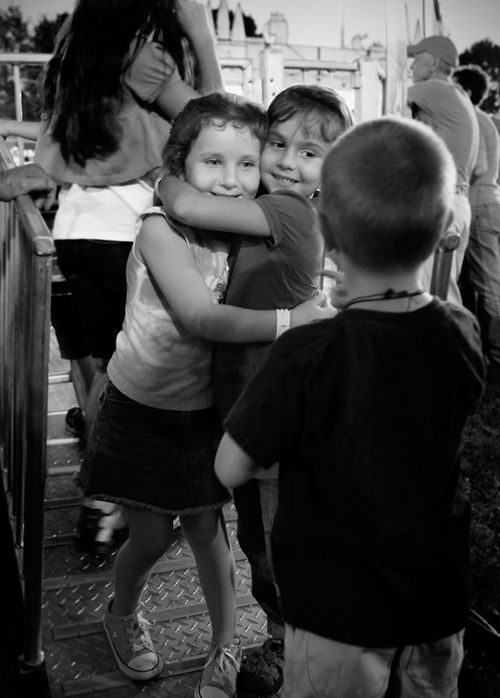 So goodnight and sleep tight.   I need to go upstairs and have a little discussion with Toonces about the tiny dead squirrel in the driveway and how I don't want to be the one to pick it up.  Lord knows which one in our killer bunch took it out.

- these shots were from last Thursday night at the Patrick County Fair here in Stuart, Va.

Thank Goodness for my journey :) 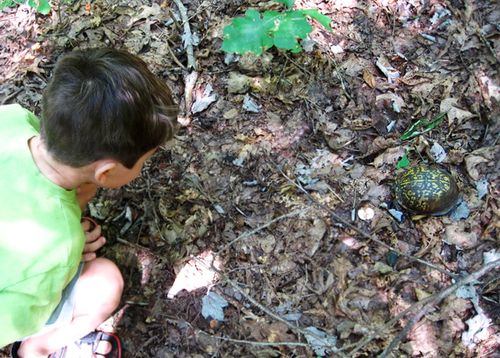 “All of life is a journey which paths we take, what we look back on, and what we look forward to is up to us. We determine our destination, what kind of road we will take to get there, and how happy we are when we get there.” 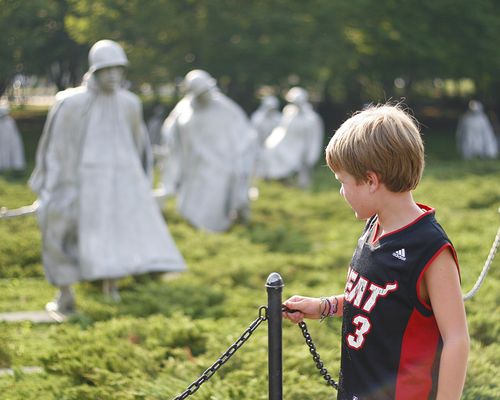 I'd almost decided to shut the blog now come October when my payment is due.  Facebook takes up so much more of my time these days.  And I can actually communicate with my friends there.  But then I tried looking back to find something and it was almost impossible.  This is my journey and my little corner of the universe.  And it is for me.  And it is for Martin.  Who enjoys New Years Eve when we scroll back through all we've done.   I don't blog anymore.  I do visit beloved friends I've made here when I can to see how they are doing.

Maybe I should call it my wournal instead.

The main thing is that I keep my journey for my own peace of mind.  Even though I never write anything really personal, this front will bring back the memories of the details.  The photos I keep here will jog the memory.

I regret that I haven't written more stories from the summer.

I didn't post about Darius the cat finally toppling over into the pond after all this time, leaning to see the fish...leaning just a little too far with that fat belly.  And when he came out the dogs thought he was some pond critter, like a beaver I guess, and chased him when he ran away humiliated from being wet.

And yes, cats can swim and it is very cute.

I haven't written about the Friday Fry date nights where I lined candles up along the dock and all over the Black Dog bar and we danced to Van Morrison or Counting Crows under a million stars....beautiful reflections dancing with us on the water.

I didn't document how upset Caleb got with me on the looped-y-loop ride at Carowinds when I bribed him with a twenty to ride with me...how he accused me of being the meanest aunt in the world only to scream "It's AWESOME!!" through the loops.  Leading all the other kids to follow suit and try the roller coaster as well.

So much I didn't write because I was too busy.

Thank goodness my camera is always with me helping me document our journey.

Thank goodness I took the time tonight to write these things down to remind me of later on.

Thank goodness and thank God for such a wonderful journey that I want so much to remember it. 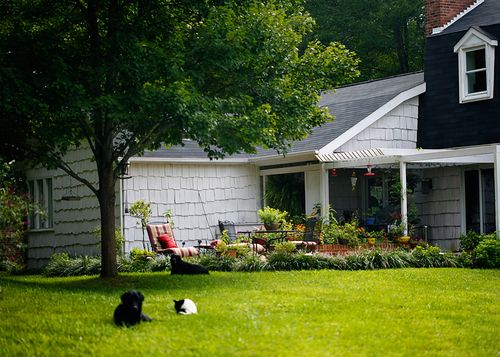